This piece was featured in The Globe and Mail

Happy at home (G&M) from Linda Givetash on Vimeo.

VANCOUVER — A group of 18 people – mostly baby boomers – sit around tables at a downtown Vancouver hotel, laughing and chatting. They’re dressed in jeans and khakis, polos and T-shirts. There’s nothing to suggest this is anything more than a lunch date.

At one table, Landy Shupe furrows his eyebrows, recounting his recent cycling trip around New Zealand. He’s forgotten the details of the trip – exact dates and names of the places he visited – but no one at the table passes judgment. It happens to them, too.

That’s because the members of the group are among the 747,000 Canadians living with some form of dementia. As that number is expected to double to 1.4 million people by 2031, pressure for services is mounting.

For Shupe and his friends, who have early-onset dementia, finding support is particularly difficult. Early-onset dementia is a rare form of the disease affecting people under the age of 65, and as young as their 30s. It accounts for only an estimated 2 per cent to 9 per cent of all cases of dementia. Most dementia services cater to people in their 80s or 90s who are retired and often have multiple health conditions – which is not the case for those with early-onset. Many are forced to stop working at the prime of their careers; they’re physically fit and often have mortgages to pay and young children. Specialized programs for this group are almost non-existent.

“It’s this younger group that is falling through the cracks,” said Amy Freeman, a social worker at the Clinic for Alzheimer Disease and Related Disorders in Vancouver.

Shupe, 59, and his lunch companions are among the fortunate few to be members of Paul’s Club, a privately run Vancouver program designed to give people with early-onset dementia a sense of normalcy and dignity.

Retired nurse Nita Levy and her husband, Michael, a retired accountant, established Paul’s Club in 2012. They were inspired to create a program appropriate for people’s ages and abilities after their brother-in-law, Paul, died as a result of early-onset dementia.

“I always think one should fight back,” Levy said. “Just because somebody has this diagnosis, [they] should not become socially isolated and physically inactive.”

Scraping together fees, donations and grants from Vancity Credit Union, the club now runs three days a week and supports more than 20 members.

Vancouver Coastal Health runs 16 publicly funded adult day programs that are open to people with dementia, but most participants are seniors in their 70s to 90s. Many programs only run four or five hours a day, and people can spend up to a year on a waiting list.

Participants are called members, not patients, and Alzheimer’s is rarely talked about. Like Shupe, the members are all relatively fit and healthy.

The club meets in a downtown Vancouver hotel so members feel like they’re going to work rather than visiting a seniors’ centre. Their meeting space looks like a living room – with big couches, round tables covered by colourful tablecloths and potted plants.

There are no scheduled activities, other than an occasional yoga or music session. The group has morning coffee together, then decides how long they’ll spend reading newspapers, when they’ll go for a walk or use the hotel’s exercise room, or if they should listen to music or watch a movie.

“They have fun. That’s the whole goal of Paul’s Club. It sounds frivolous, but if you boil it all down, that’s what this is about,” Levy said.

Another pillar of the club is long hours – running from 10 a.m. to 4 p.m. This is done intentionally, Levy said, to give families a meaningful break.

“The more respite you provide for a family that has a loved one who has this diagnosis, the longer that family member is going to be able to manage their loved one at home,” she said.

In 20 years of working as a social worker in British Columbia, Freeman said she has seen many families reach a point of crisis due to a lack of support. It often means people with the disease end up in long-term care prematurely.

Before finding Paul’s Club, Shupe’s partner, Lisa Shields, was burning out. Shupe was only 56 when he was diagnosed in 2012 and was forced to leave his job as an engineer years before he intended to retire.

Shields had recently started a technology company and, at the time, the couple couldn’t afford to go from two incomes to none. “I was trying to hold it together, financially and all the rest of it,” she said. 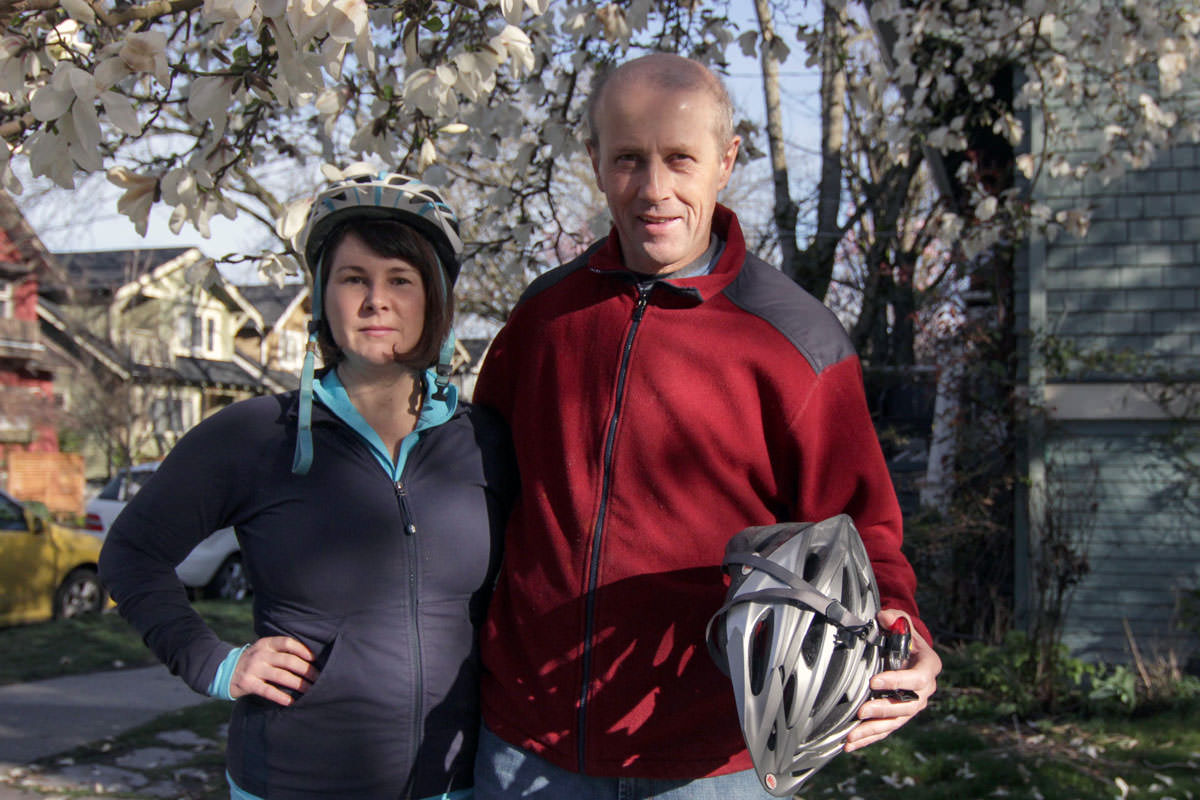 | IMAGE: Lisa Shields says she was burning out caring for her partner, Landy, who was diagnosed with early onset dementia in 2012 until they discovered Paul’s Club, which provides recreation and a social group for people living with the disease.

Shields said Shupe spent the first year after the diagnosis sitting at home watching television. “He was devastated. I could quote his reaction: It was, ‘I might as well dig my grave,’” she said.

Isolation is not uncommon. Freeman said that if a spouse is working full-time, the person with early-onset is stuck at home unless they can afford private care.

Shields said she is fortunate to be able to pay for someone to spend time with Shupe and get him out of the house on the days no other services are available.

Shupe still doesn’t talk about the diagnosis – Shields said in their house, the word “Alzheimer’s” is never uttered. But Paul’s Club has helped improve his mood and attitude, she said.

“It’s fantastic, it’s a miracle,” said Shields. “It even gives us something to talk about, [after]: ‘How was your day, dear?’”

Seeing the benefits for families, those working in health care, such as Freeman, are advocating for more of these resources.

“There needs to be more programs like Paul’s Club with hours that are reasonable for people who are working, programs that are also affordable,” Freeman said. “We do need to put our minds to how we’re going to help this population in the future.”