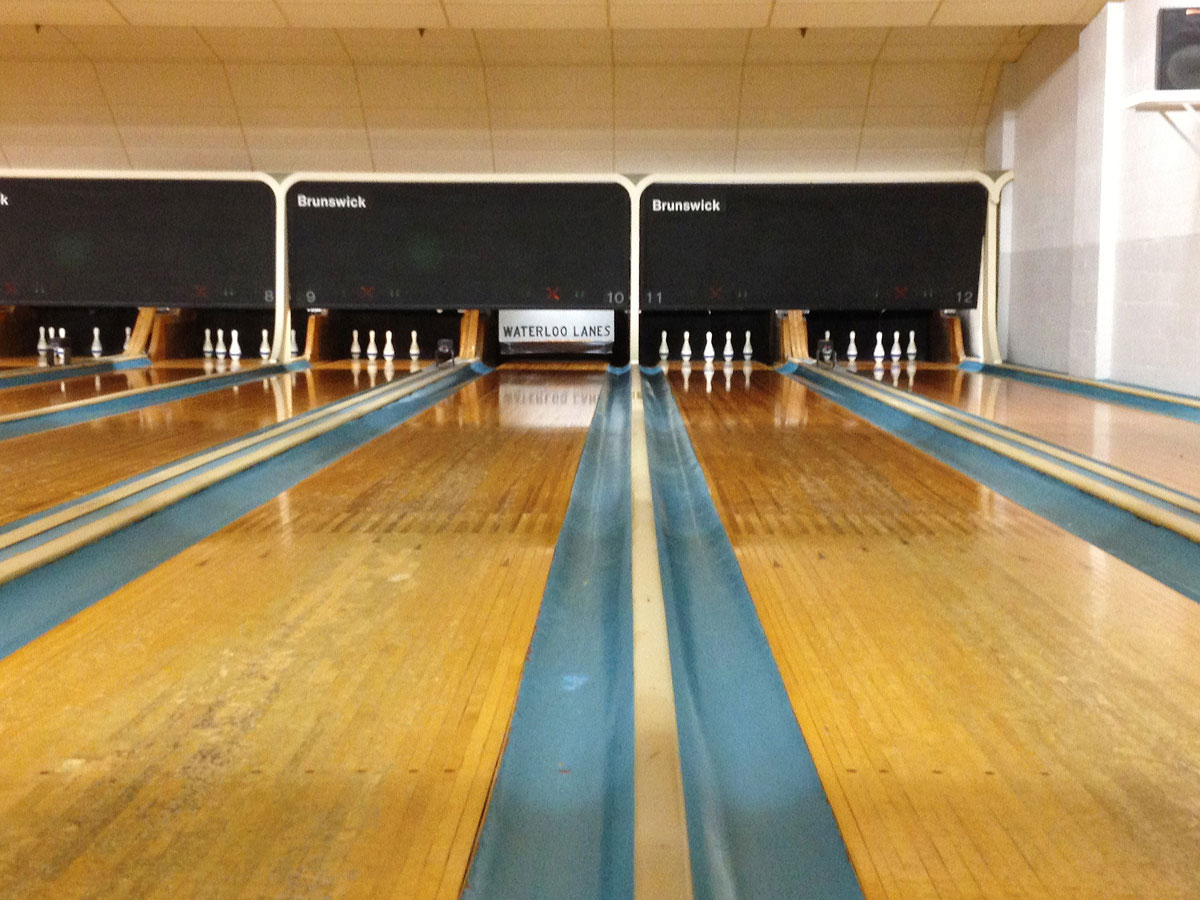 | IMAGE: Avid bowlers said goodbye to the historic Waterloo Bowling Lanes slated to close for redevelopment on the property.

The final open house at Waterloo Bowling Lanes held last Saturday was bittersweet. It was an opportunity for the community — both avid and more occasional bowlers — to say goodbye to the Waterloo landmark.

I was introduced to Waterloo Lanes as a student working at Wilfrid Laurier University Student Publications. Waterloo Lanes was host to the organization’s annual bowling tournament for volunteers to show off their skills — or lack thereof — for many years before and after I was at the university.

From the original wooden lanes and black light for “cosmic” bowling in the basement to the bar and brightly lit lanes upstairs, the alley provided the backdrop for hours of laughs with friends.

The bowling alley has been part of the fabric of the community — not just to students but to many regular bowlers, those who took part in leagues or celebrated birthdays at the site. Since it opened its doors in 1949, Waterloo Lanes has been a success story as a local, independent business by surviving the test of time and earning its spot in the area’s history.

Like countless others, I was devastated to learn the bowling alley would be closing this month to be levelled and replaced with a seven-storey apartment building with underground parking at the Princess Street location.

Visiting the city’s only bowling alley for its final hurrah brought back plenty of memories.

It’s the perfect hangout for any age group — children who struggle to wrap their hands around the ball, university students who have yet to discover the many local treasures of uptown, and longtime residents who can tell you all about the alley’s history. It’s within walking distance of many residential neighbourhoods, too.

That diversity of patrons was seen at the open house. Stories from former pin boys — who manually replaced the pins before a machine was installed to do so in 1968 — revealed a different era of bowling than what most people are accustomed today.

Michael Bignell, who was a pin boy in the 1960s, said he remembered finding old tunnels that extended from what is now the Huether Hotel, which he believes housed beer kegs for the Lion Brewery and acted as a transportation route.

Generations of bowlers — from grandparents who took part in leagues to grandchildren who celebrated their birthday at the venue — shared a final game.

Co-owner Gerry Roeder — who took over the business in 1986 — told me I wasn’t alone in being introduced to the alley as a student. He recalled many instances where residence life dons from both universities in town would bring their first-year students to the alley to socialize and play.

Ironically, the students who brought some business to Waterloo Lanes may be among those moving into the new building on the site in a few years.

Two women visiting the open house told me they wondered if other historic locations or independent businesses in uptown were at risk of being replaced with condos or housing too.

I couldn’t help but believe the same.

Waterloo needs to intensify its core. It’s a growing city and developing more buildings is necessary to meet the demands of a larger population.

But for the sake of growth, what are we willing to lose along the way?

Waterloo Lanes will be levelled for more apartments and the old police station is slated to become a luxury hotel — which hopefully will maintain its architectural form.

When the property where the bar Chainsaw — previously the Silver Spur — switched hands, I remember talks of developing condos on the lot. Just a stone’s throw from uptown, the plaza at the northwest corner of King Street and University Avenue was pitched to become a 25-storey condo that also never went ahead.

While Chainsaw and the plaza aren’t historic sites, the skyscraping condos that were considered to replace them would have certainly changed the look of the area.

I’m comforted to know that Waterloo Lanes isn’t gone for good, that the business has been taken over by the current manager and will be relocated to the north end of the city. Although the new place will not be the same, and won’t feature the 24 wooden lanes that were installed in 1948, I hope that the public embraces the city’s only bowling alley all the same — I certainly will.

As Roeder told me, you can’t stop the sands of time.

With all the changes still to come to the city, we should take the time to learn about and protect our history so that stories of where we come from aren’t buried and lost under condo towers and parking lots.