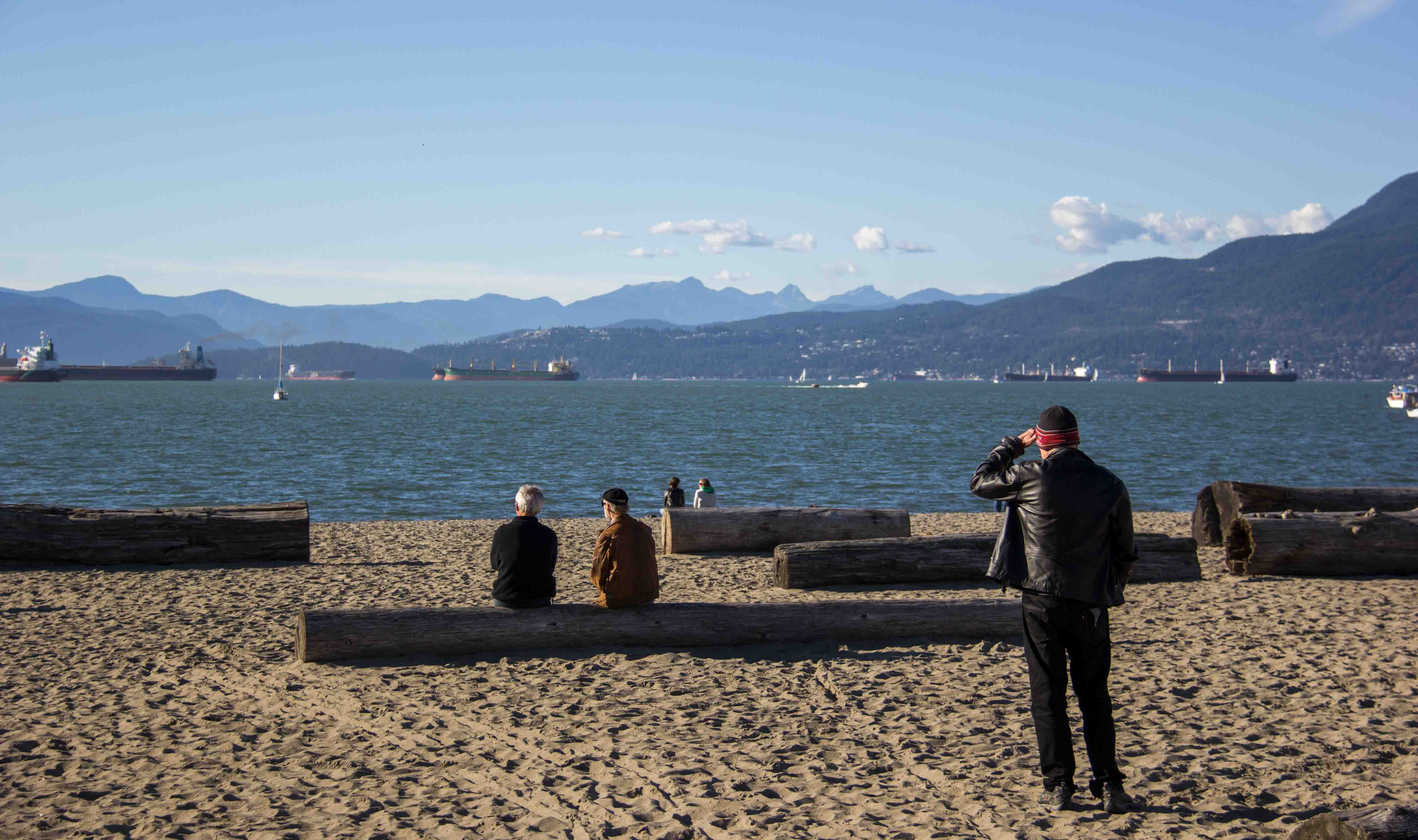 | IMAGE: One million British Columbians are caring for friends or family — and paying a price because of inadequate supports. Photo by Linda Givetash.

For three years, Heidi Hudson spent her days caring for her ailing father and her nights working on the few contracts she could pick up to support herself.

Doctors would say her father, who suffered serious complications following a routine kidney operation, was dying. But as he enjoyed periods of recovery, her role as a caregiver dragged on, putting her career and the rest of her life on hold.

“I can’t even express how devastating it was financially and emotionally,” she says.

Hudson’s situation is not uncommon. According to Doctors of BC (formerly the BC Medical Association), one million British Columbians are providing 70 to 75 per cent of care for family members or friends living with disease, disability or aging-related challenges.

For many people, providing that care means cutting back on work hours — or even quitting, leaving them and their families in challenging financial circumstances.
Doctors of BC released a policy paper this month calling on the provincial government to provide more support for family caregivers.

“With our aging population it’s something we need to pay attention to,” says Barb MacLean, executive director of Family Caregivers of BC, which contributed to the report. “We need to plan better care,” she says.

People think supports are available, McLean says. “We get calls all the time thinking there is a safety net there for everybody, and there isn’t.”

Compassionate care benefits under Employment Insurance help some caregivers. They are eligible for up to six months of benefits — increased this year from the eight weeks offered when the program was launched in 2004. Caregivers approved for the benefit receive 55 per cent of their average insurable earnings in the prior year, to a maximum of $537 per week.

But it doesn’t work for everyone.

“The compassionate care benefit is definitely a wonderful program that was put in place,” says Kelli Stajduhar, a professor at University of Victoria’s Institute on Aging and Lifelong Health.

The benefit only applies to people who pay into EI — so freelancers or contract workers who aren’t contributing to the program can’t claim it.

For people paying off a mortgage, with children at home or in low-paying jobs, the benefit simply isn’t enough to cover their costs.

And while six months of coverage may seem substantial, the care required for many complex chronic and terminal illnesses — like dementia or cancer — doesn’t always fit into that time frame.

“Not everything has a tidy and neat pathway to death,” says MacLean. “The whole mix of planning around that, and trying to deal with the emotions of that at the same time, it’s one of the hardest things we have to deal with in life.”

And the lack of planning — particularly around finances — can have severe consequences for those providing care.

“I’ve certainly met people who had to sell their homes, who had really faced significant financial burden because of that caregiving responsibility,” Stajduhar says.

Lost opportunity while a career is on hold

Hudson says she didn’t apply for the compassionate care benefit when she moved from B.C. to New Brunswick in 2007 to care for her dad. The benefits — then eight weeks — wouldn’t have gone very far anyway in what turned into a three-year ordeal.

Hudson, an only child, says she didn’t think twice about making the move. But as a freelance graphic designer, photographer and videographer, she gave up many clients on the West Coast and had to scale back her work significantly.

Without regular income, Hudson says she burned through her savings and RRSPs and racked up debt while supporting herself and paying some of the costs of her father’s care.

Realizing her father wasn’t as close to death as doctors suggested, Hudson finally returned to Vancouver in 2010. She says pressure from hospitals to take her father home while his condition was still beyond her ability to provide care left her burnt out.

Leaving forced the health care system to give him better care, she says, allowing him to recover and return home on his own.

Rebuilding her career was slow, and although Hudson is doing better now, she says the experience set her years back professionally and financially.

“I’m nowhere near where I would have been.”

Little support from some employers

Stella Baise says she is just starting to figure out how to get back into the workforce following her husband’s death in August 2014 following a six-year battle with a rare form of non-Hodgkin’s lymphoma.

“I feel like I’ve been a stay-at-home mom but I don’t have the child to show for it, so I don’t even know how I’m going to present myself,” she says.

When her husband Daniel Lane first received the diagnosis, which Baise says “came out of the blue,” they had recently started a company together. They soon had to give up on the business, and Baise took a job below the level expected with her qualifications and experience to secure a steady income and health benefits.

She held the job for about three years, while continuing to go to every appointment and treatment Lane had, she says.

“It never impacted my work,” Baise says. “But optics are another thing, so even if you’re in there at 6 in the morning, and then you leave for two hours in the middle of the day, all people see is you’re gone for two hours.”

Although she met all her deadlines and earned bonuses for her efforts, the burden of work and caregiving took a toll on her health, forcing her to take a stress leave.

Baise says when she returned to work, her job description was rewritten to demote her.

A year later, the company laid her off by relocating the position to another office outside the province, she says, and didn’t offer any severance. A friend who specializes in labour law successfully fought to get her proper severance.

Given the uncaring attitude she encountered from her superiors at work, Baise says being let go was ultimately “a blessing in disguise.”

But she says it didn’t need to end that way — some compassion and flexibility on the part of her employer could have avoided the need for time off.

More than three years have past since that job ended. Baise, now 50, says she’s uncertain about what jobs even to apply to or whether she needs to go back to school. Most of her assets and the contacts established in her 20s and 30s are gone, she says.

UVic’s Stajduhar says we need to re-evaluate the role of caregivers and decide who is responsible for the costs of care.

Yet caregivers are vital to both those who are sick, allowing them to stay in the comfort of their homes, and for society as they reduce the demand for health care services and other supports.

“The costs are borne by families that would otherwise be borne by the health care system if we were to drop our family members off at the hospital,” she says

Stajduhar wants to see more financial assistance for caregivers and their families. The savings for the health care system should fund higher benefits for caregivers through EI or an entirely new subsidy, she says.

Caregivers would also benefit if home care provided by the health care system was more flexible and responsive to individual needs, Stajduhar says. Caregivers need a voice in what supports would be the most helpful for them and the person receiving care.

Employers also have a role to play and could develop plans to match caregiving benefits as part of overall employee compensation programs.

Maclean says insurance companies could also help by developing caregiving benefit plans that workers or their employers could pay into as part of a benefits package. Some insurers are looking at the option, she says.

And people need to pay attention to what benefits they can access and plan their time providing care. Maclean says existing programs, including the compassionate care benefit, are underused because people are either unaware or struggle to navigate the bureaucracy.

But MacLean says she has also seen examples of people creating their own solutions, such as single seniors who are sharing housing in order to look out for one another or moving into condominiums that offer health and wellness services.

“We actually have to understand the system isn’t going to do it all,” she says. While illness can take many by surprise, Maclean says planning can mitigate problems and allow people to protect the quality of the time they spend together.

“When someone dies, you’re left forever with the memory of that experience,” she says.